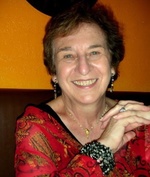 In 1972, when I had been practicing law for nearly ten years, I met a woman who was a Gestalt Therapist and teacher of the Alexander Technique. She impressed me, and so I decided to attend a workshop she was giving at Esalen Institute entitled "Integrating Gestalt Therapy and the Alexander Technique." At the beginning of the workshop, when she asked us what we expected to learn, I said "I'm not really into doing Gestalt, but I want to leave walking like a queen." She seemed to think that that was a perfectly reasonable request, which I thought was a little bizarre. Perhaps she could teach me to walk like a queen, but certainly not in five days.

Well what happened was that we spent very little workshop time on the Alexander Technique, but on the last day, when the teacher decided to demonstrate the Alexander Technique "table work," she chose me as her demonstration subject. She had me lie down on a table and began doing gentle but incredibly magical things to my body. What she did felt absolutely wonderful, but I certainly had no idea of what it was. And when I got up off the table (you guessed it), I was walking like a queen!! I had been both slumped and swaybacked; the slump and swayback were gone, and I was gliding through the room. I was lighter, taller, physically expanded, better coordinated and, what's more, extremely comfortable with the changes. So that you know that this isn't a fairy tale I have to tell you that some of the changes lasted and some of them did not. But I can also tell you that while one session of table work was only a beginning, taking Alexander lessons in San Francisco soon brought the missing changes back, and more. Much, much more. And fairly soon after the workshop, I decided to give up law and train to be an Alexander teacher at what was then the only teacher training program in the United States, The American Center for the Alexander Technique in New York. The rest of my story appears below:

I was trained at The American Center for the Alexander Technique (ACAT) in New York under Judith Leibowitz, and was certified as a teacher in 1975. I then returned to San Francisco, where I had been living before the training, and have maintained a private practice there ever since. I belong to ACAT (as a life member) and AmSAT (as a founding member of its predecessor organization, NASTAT), the largest professional organization of Alexander Teachers in the United States, where I am listed as a Senior Teacher.

I have presented the Technique at conferences, classes, and meetings for a wide variety of sponsors including medical doctors, physical therapists, music educators, and the University of California Extension System. I have also published articles on the Technique in such journals as Medical Problems of Performing Artists, Contact Quarterly, and American Music Teacher. My work has been covered in newspapers and magazines, among them the San Francisco Examiner, New Age Journal, and Jane Brody’s "Personal Health" column in the New York Times. My biography has appeared in Marquis Who's Who in American Education and Who's Who of American Women.

I am also an advanced practitioner of CranioSacral Therapy and Visceral Manipulation (including Neural and VisceroVascular Manipulation). I began studying these osteopathy-based disciplines in 1986, and finds they integrate extraordinarily well with the Alexander Technique. Since they allow me to access multiple body systems, they increase my effectiveness dramatically. Formerly a Teaching Assistant for CranioSacral Therapy classes, I am currently a Certified Teaching Assistant for Visceral Manipulation.